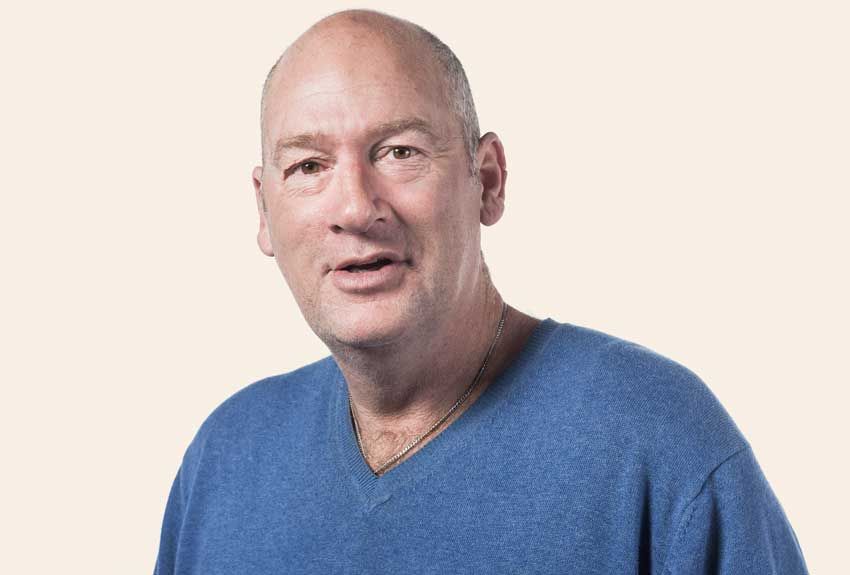 Jock is a fit, healthy man. A man who runs marathons. A public speaker. A man filled with the joy of life, and yet only a few years ago he was barely functioning as a human being.

Jock's mother, Dianne, describes him in those days as ‘overweight, depressed and lethargic, sometimes sleeping 20 out of 24 hours’.

‘It was a desperate, awful time,’ she says. ‘Jock probably weighed about 170 kilos. He was bloated, and looked terrible. He had no social life or social skills, and had trouble taking anything in or communicating. We were in despair.’

In his early twenties, Jock had been diagnosed with Schizophrenia, Obsessive-compulsive disorder and Anxiety. The years passed, and Jock showed no signs of improvement. His mother, two sisters and brother were beside themselves.

‘Whenever I called the clinic over my concerns, they just increased the dosage of Jock's medication,’ Dianne says.

Dianne, a strong and remarkable person, knew there must be an answer somewhere. She refused to listen to well-meaning people who told her Jock should go into an institution.

It was then she discovered a local community organisation, ERMHA (Eastern Regional Mental Health Association) which supports people with mental illness in a number of ways. Dianne persuaded Jock to go to their drop-in centre a few days a week.

‘It was a huge step,’ Dianne says.

While he was at ERMHA one day, Jock had a blackout and wandered off. He ended up in hospital. A neurologist was horrified at the amount of medication Jock was taking. Tests showed there was nothing neurologically wrong with Jock and that the cause of many of his symptoms was the excessive amount of drugs he was prescribed.

Dianne took Jock back to the clinic where he had been given the medication and saw a psychiatrist who read Jock’s history and threw out all but one of his tablets.

‘Within three months of the change in his medication, Jock took over his own life. He didn’t look back.’

At the same time, Jock’s GP referred him to a psychiatrist to deal with the Obsessive-compulsive disorder. ‘This worked brilliantly,’ says Dianne.

The combination of symptoms and side-effects of medication had given him a craving for caffeine, cigarettes, alcohol and junk foods. He decided to lose weight, quit smoking and drinking and improve his diet.

‘I did this myself,’ he says, ‘but got fantastic support from my family.'

He asked his brother-in-law Jason to help him get fit. They started with a run round the block. ‘We did about half,’ says Jock. ‘I was so out of puff it wasn’t funny.’

At the time Jock recalls thinking, ‘I don’t know if I can do this’. But he made himself take what he calls baby-steps – boxing practice or a short run – every day, and set himself the seemingly-impossible goal of running a half-marathon within a year. Amazingly he did it, and he and Jason raised $10,000 for SANE. They were among the top four fundraisers out of more than 17,000 participants.

On tough days Jock thought of his friend Pete who had ended his life. ‘He had Bipolar disorder and his death was a terrible shock. I knew he’d be happy about how I was going and it kept me on track.’ 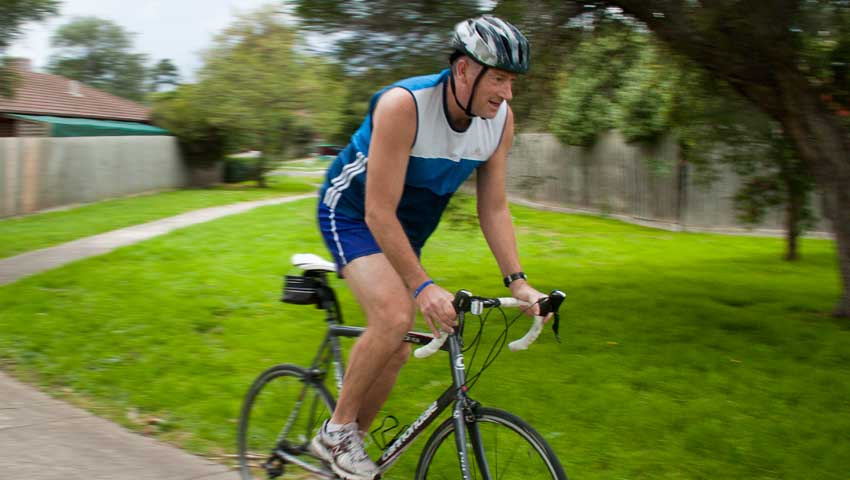 At the same time as he was getting stronger physically, Jock was enriching his life via ERMHA.

He took a couple of catering courses there and was accepted for the 20-week ‘Life Skills’ program run by the MadCap Café, a non-profit organisation helping people with mental illness re-join the workforce.

Jock now has a permanent part-time job there and loves it.

‘For years I found it difficult to communicate,’ he says, ‘but working with customers, especially, means my confidence has really soared.’

Jock was invited to speak at the official opening of a new MadCap Café. He shook with nerves but afterwards felt good.

‘I would like to speak in public more often,’ he says, ‘I want to help people who are in the same position I was, because if I can change my life around, anybody can.’

To overcome his nerves Jock has joined Toastmasters and to his delight has been asked to speak at the opening of a third MadCap Café.

Jock has taken up yoga and meditation, which he finds therapeutic, and keeps up his physical fitness by cycling and going to the gym.

Dianne now sees herself as a backstop in Jock’s life and is thrilled. 'I give him a good home base and support the decisions and choices he is making,’ she says.

She believes if he had stayed on the unnecessarily heavy doses of medication he might be dead by now. ‘As it is, he is now this lovely, intelligent, bright, beautiful person.’ She says.

She points out that Jock’s sister Julianne – Jason’s wife – is 14 years younger than him and only ever knew him as unwell. ‘She keeps looking at him and says she now has a wonderful big brother in her life.’

‘His other sister Andrea knew Jock before he became sick,’ she adds, ‘and tears well up in her eyes when she sees him with her kids.’

For the family, Jock’s transformation is a miracle. As he says himself, ‘I used to exist but now I have a life.’

Where to from here?