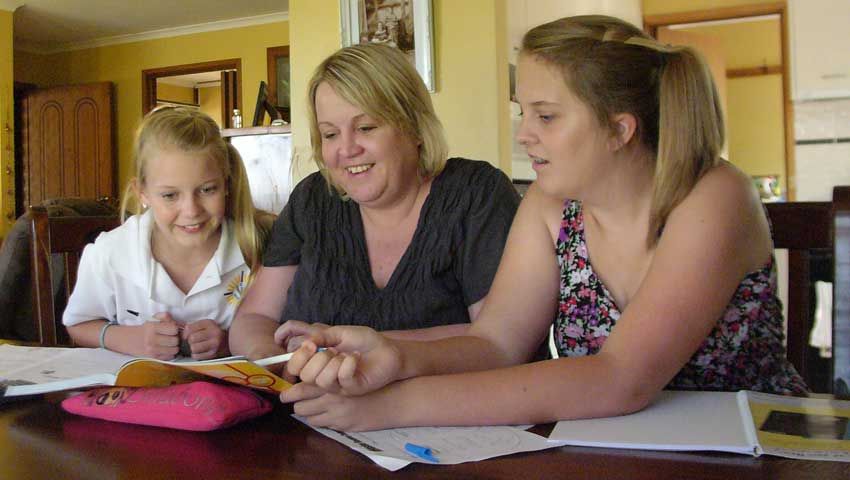 There is a great deal of love in Kylie's family. It is plain to see as she chats with daughters Emma-Leigh and Madeline, the three of them laughing warmly together.

The girls also listen attentively as Kylie recounts the tough times she has experienced as a single mother with Schizophrenia. Their faces beam when she acknowledges how crucial they have been in her recovery.

As Kylie tells her story, it becomes clear that her resilience and good parenting have played a big part in Emma-Leigh and Madeline being so mature and well-balanced.

Kylie became unwell at a stressful time in her life: a relationship breakdown was followed by the death of her mother and then the birth of her second daughter. Within six months, Kylie was diagnosed with Schizophrenia.

For some years she was unemployed and lived with the girls in sub-standard housing, always lacking for money and battling the effects of her illness.

‘The ill-fitting curtains showed my poverty like a banner,’ she says, ‘but I was too ill to care.’

These were hard years for Kylie who, in spite of her illness, held the family together. ‘No child protection issues came up with us which is rare for someone as sick as I was,’ she says.

Like many children who have a parent with mental illness, Emma-Leigh had learning difficulties at school and was bullied for a time. Her teacher was unsympathetic.

In desperation, Kylie approached a Catholic primary school in the country town where she lives. The Principal agreed to take both girls, and the support of the school made a profound difference to all their lives.

At school, the girls’ extraordinary qualities are now appreciated and acknowledged. Their reports regularly comment on their unusually high level of concern for others.

It was Kylie’s concern for her daughters which led to her giving up smoking a few years ago.

‘Smoking did not make me feel better,’ she says. ‘It was a crutch. There are far better coping strategies for mental illness than smoking, not to mention the cost and the effects on my health.’

Kylie had developed a permanent bad cough, and she came to realise that smoking was controlling her, rather than the other way around.

‘I found out more about the effects of smoking – the addictive nature of it, the damage to my health,’ she says. ‘I then used patches to help me quit and asked friends never to offer me a cigarette. The girls were my inspiration.’

Shocked at the cost of nicotine patches, Kylie spoke out in support of SANE's campaign for the Government to subsidise their cost, to help people on a low income to quit. She was delighted when the patches became available on the Pharmaceutical Benefits Scheme.

Determined to lead as full a life as possible, Kylie attended a number of rehabilitation groups run by a local community health service and stayed on as a peer support person.

This led to a Diploma of Welfare in TAFE and a demanding job as a Community Support Worker with a PHaMs (Personal Helpers and Mentors) Program which has a strong emphasis on recovery.

The people I work with are socially and geographically isolated by mental illness,’ she says. ‘We see people in their own homes, helping them to re-connect with their communities.' Kylie later become a member of SANE's Board of Directors where her personal and professional experience brought an invaluable perspective to discussion of SANE's work.

She recognises that clinical health services treated her symptoms well when she was unwell, but also stresses that she only started to recover and grow as a person after attending rehabilitation programs and thinking about getting back to study and work again.

Kylie finds the best way to maintain her own health, apart from medication and sound sleep, is having a routine in place. She thrives on the daily rhythms of school and work. She notices a dip in school holidays. 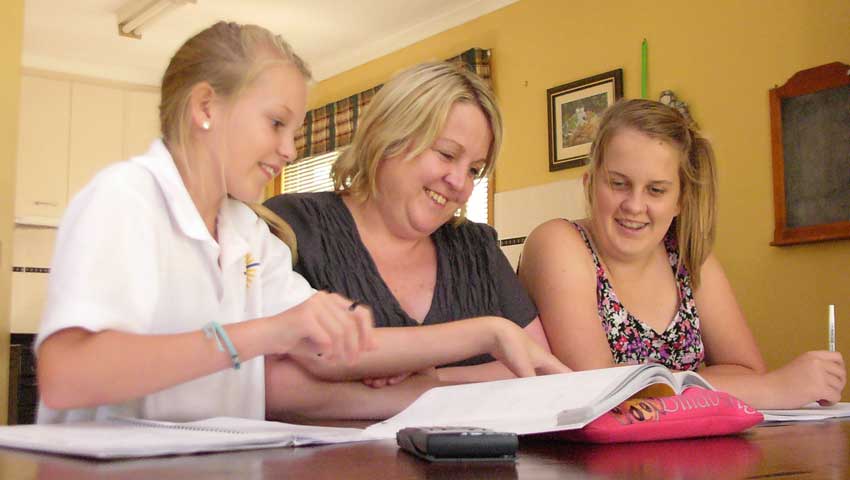 Emma-Leigh and Madeline support Kylie in every way they can. They help with the housework and cooking, remind her to take her medication and ensure she gets enough rest. Schizophrenia has cost her the ability to sleep naturally.

‘At the weekend, Mum is tired and needs to catch up on her sleep,’ says Madeline. ‘We help out at home – I like to clean the kitchen, feed the animals, clean out the fish pond and rabbit cages.’

The girls are surprisingly cheerful about their weekend routine. ‘We make it fun,’ says Madeline.

If their mother starts to hear voices – auditory hallucinations – the girls curl up beside her and sing into her ears to drown them out.

From her own experience and through her work, Kylie is well aware of the potential difficulties facing children who have a parent affected by mental illness.

‘Young carers like Emma-Leigh and Madeline often slip under the radar,’ she says. ‘They have big responsibilities at home which can affect their performance and behaviour at school – yet this often isn't recognised.’

Kylie has a strong support network of relatives, friends and neighbours who watch out for her daughters in case she becomes unwell, and the girls have also attended support groups specially for young people in their situation.

In the midst of a busy day, Kylie is often reminded of the close bond with her daughters. She might open her work diary and find a note saying: ‘Hi, hope you have a good day. Madeleine.’

She might also find herself gazing at the picture on the wall of her office. It shows the head and shoulders of a woman cut into pieces but then stuck together again. Emma-Leigh made the picture when she was seven years old. She says she did not consciously draw her mother but when Kylie saw the picture she immediately identified with it.

She was amazed, she says, that a series of symbols Emma-Leigh had drawn around the head, including rainbows, were all symbols of recovery and hope.