Get to know: Alison Salisbury 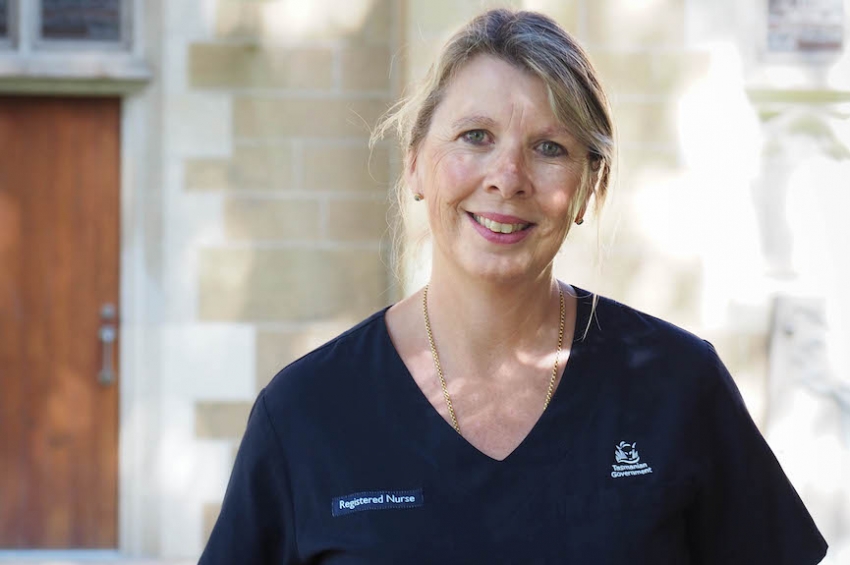 Listen to this page

Born and bred in Tasmania’s south, Alison Salisbury is a nurse educator and recipient of SANE Australia’s Hocking Community Award for 2019-20 — a research grant designed to support projects exploring the needs of people caring for others living with a complex mental health issue.

Alison’s project will compare the lived experiences of carers in Tasmania, the UK and Italy, and explore how each jurisdiction’s distinct models of mental health and carer support services affect those involved. She will also draw on her own experience of caring for her son, who died by suicide, aged 19.

What does it mean to be a ‘mental health carer’?

An unpaid mental health carer is a family member or friend who provides ongoing psychosocial, emotional, physical, financial, behaviour support for a loved one with complex mental health issues.

I didn’t realise I was a mental health carer until after my son died. I think that’s part of the issue for a lot of mental health carers, particularly if they’re in a parenting role — they just assume it’s actually in-built, and this is just what you do when you have a child, no matter what the age.

Many people I’ve surveyed say they didn’t realise they were a carer until someone else told them, or in retrospect they realised they were. I think that’s different from other forms of caring. When it’s a physical form of caring, like when someone has an overt disability or is overtly aged, that’s very obvious to everyone and there’s a very defined set of reasons why someone needs to be cared for. But the problem with mental health is, often the needs are very variable, and it depends on how well their mental illness is controlled and how functional they are on a day-to-day basis.

The measure of how much care someone needs is essentially about how functional that person is — so that determines the level of the caring role. So, it’s not visible, it’s very variable, and people are often incorporating it into a family responsibility.

In your experience, do people understand what it means for someone to be a mental health carer?

People just cannot relate, until they’ve had a suicidal family member or next of kin. Mental illness is in a league of its own.

On that idea of caring for someone with a mental health condition, as opposed to an overtly physical one — to what extent does that mean mental health carers are in a state of constant assessment and hypervigilance, because they’re looking for ‘signs’ to read their loved one’s state?

You are constantly vigilant for how that person is reacting and responding. But it is so difficult, because you also don’t want to disrespect their autonomy, and you don’t want to disempower them. But, at the same time, as a carer, it’s the most disempowering experience, because when you are trying to explain what you’re worried about to a health provider about the one you’re caring for, the behaviours can be subtle.

As part of your SANE Australia research project, you’re doing a survey that asks carers about their experience of supporting a loved one with a complex mental illness. What are some of the things you’ve learned already, from the responses?

The project centres on carer stress, fatigue, and burn out. The reason I focused on that is because the reality is, the more fatigued and burnt out you are, the less you can continue in your caring role, and the less you can advocate for your loved one. So, what’s coming through in the survey, is that a lot of people are physically and mentally in pretty dire straits. The lucky ones have lots of informal support, and are okay financially, but many of them don’t have any super.

A lot are heading towards retirement age with 30-year-old, 40-year-old children they’re still supporting, and are saying they won’t be able to travel, because we don’t have any income and can’t leave our loved one. The level of need, to be around, can be a physical presence but is often a phone call, and just being hypervigilant and having to respond immediately. A lot are looking after grandchildren because of their unstable children. A lot of them have also never been able to fulfil their careers.

They’ve had to work part-time, or retire early, and take on more menial jobs, to work around their long-term caring role.

Basically, they feel disempowered and as though their concerns aren’t heard — they don’t feel like they have a voice, and there is a real sense of loneliness, on a day-to-day basis.

What do the survey respondents seem to be telling you, in terms of what they need to avoid burn out, fatigue and stress?

It varies a lot. Some of them will give very concrete answers about money and funding, and others will say they just want to be listened to, and respected. There’s a really wide range of things that people would like, including access to counselling, peer support for carers, support groups respite, and practical support around the house, such as gardening and home maintenance.

This story first appeared in the May 2020 edition of Primary Health Matters, a twice-yearly publication produced by Primary Health Tasmania (Tasmania PHN). You can read an online copy here.

Do you care for a family member or friend with complex mental health issues? Learn more about participating in Alison's survey here.